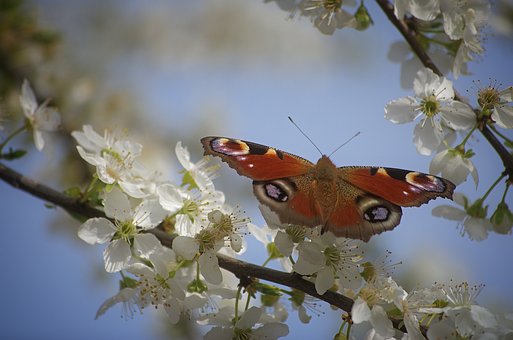 Dark Poets Club (London, England) accepted three of my poems. Today they published “The Visitant”. Thank you, Dark Poets Club, for liking my work! (I put this poem up on my blog in the past. Dark Poets Club accepts poems from a blog because they feel poetry should be shared widely. Give them a try!)

The article is based on my poetry podcast Grief: Fire and Ice, which features this poem (https://meelosmom.podbean.com/e/grief-fire-and-ice/).

We were all immortal,

in flora and fauna

so brilliant that light itself

had to blink twice

our true being stood naked

until the apple fell

our Mother, the first to grieve

how she still clings to the maiden

the stunning beauty she once was

our Eden, our innocence and purity,

victim to change, to corruption, to decline,

no one …. no thing is our eternity

and cast out of a divine place

though we cling to the fading innocence

Written in Response to Robert Frost, “Nothing Gold Can Stay”

Nothing Gold Can Stay

Her hardest hue to hold.

Her early leaf’s a flower;

But only so an hour.

Then leaf subsides to leaf.

So Eden sank to grief,

So dawn goes down to day.

Nothing gold can stay.

My poem ends with, “We bless grief”. Why? I explain in my podcast. 😇

meelosmom@podbean.com (Poetry: The Memoir of the Soul)

This poem is included in an article I wrote for Phoebe, MD: Medicine + Poetry (https://phoebemd.com/2020/03/16/alzheimers-grieving-the-loss-of-my-mother/).

The article is based on my poetry podcast Grief: Fire and Ice (https://meelosmom.podbean.com/e/grief-fire-and-ice/).

A garden once planted in spring,

bearing life in shade and sun,

is now tangled with weeds and blight.

A hearty yield once sustained by dew and noon rains,

Baskets of Gold, having bloomed and stretched for sun,

Honeysuckle, a trespasser in flora

that once nurtured monarchs and bees.

Wisdom of soils and seedlings,

Once a bounty of bliss, now wild bramble

©2020 Barbara Harris Leonhard (Revision of The Garden of Thoughts)

meelosmom@podbean.com (Poetry: The Memoir of the Soul)

Images: my end of summer garden

Revised from A Garden of Thoughts

Grief is a tailor.

Each garment made to suit,

seams made strong by

Grief takes threads of every color

It makes a fine coat

so soft to the touch.

This linen is a close friend

worn to the bone.

Death is a companion

with us since birth.

There is no void, only Death,

taking us little by little.

For this we grieve.

One day a babe greeting us

from the womb with tears,

and later, sharing tears for our passing.

We are dressed in Grief,

Why do we fear?

We are comforted by this lavish coat.

Grief is a tailor

to clothe our lives,

worn to tatters with threads

left to line our souls.

(This poem is a revision of Grief: A Weaver, which I published on WordPress in June 2017.)

applied to the relic.

The porch, a broken hip

holding up thin walls of bone,

struggles with the sacred load.

in sepulchral whispers to the reluctant

Thin hallways carry away the

clutter of memories from

laments on a forsaken

announcing the hour of requiem.

Drapes close the eyes at last for

a holy sleep of languor in

the arms of the

I submitted this poem to the July 2019 Ekphrastic Challenge, but it wasn’t chosen. I don’t have permission to use the image here, but you can check out Ekphrastic Challenge on Rattle.com for the exact scene. For this post, I chose some free images on pixabay to illustrate the poem.

The image in the July 2019 Rattle challenge shows a small farm with a house and trailer on the right, positioned behind a pen. In the muddy field, there are two cows. In the background to the left, you see an old silo and in the center in the background, a barn. Above the silo is a jet making a descent. The image is named: Restricted/U.S. Air Force by B.A. Van Sise from the artist’s “Elsewhere” series.

For me, the image on Rattle elicited memories of my time on a farm in Missouri. Our large family rented an old farm house for a couple of years in the early 60s.

My impression was of the passing of an era for the house, the farm, me, and even the nation.

THE DEATH OF A FARM

The house was a woman of years

refusing to sell to developers.

She still had her wringer washer

and coal-burning stoves waiting to be fed.

How she quaked with the roar of the coal filling her bins.

And the ubiquitous black dust fought me each winter

as I scrubbed and scrubbed the cracked vinyl flooring

and the sills and woodwork that trimmed her bodice.

Each summer, the dust blown in from the fields

would blanket the old woman.

Her ivory dress, tattered and stained,

spoke of bygone trials and triumphs on her American soil,

where she stood her ground.

I was her caretaker in our sojourn there

as she indulged this family of nine,

who needed a roof with substantial lodging.

She complied with the courtesy of a elderly southern belle

eager for companionship as she had been lonely too long.

Her barn became a nursery for newborn kittens

and a playground for boisterous boys.

They climbed the rickety ladders to view her farm

from the highest loft overlooking the pasture

and her crop of tobacco and such.

The crops were farmed by hired teens

who tried to scare this young girl

with gross beetle larvae from across the fence.

Wanna smoke?  They would ask me.

I was too young for them  – and busy.

I worked for the sake of the house.

I would wring out the sheets and hang them in the sun.

The laundry on the lines would whip in the wind

to the songs on American Bandstand and the current top ten.

When free from the chores,

in the fescue that nourished the livestock.

My heart wandered in the farmland hills and the trickling creek

as I imagined my possibilities.

But one autumn day, the pasture became my refuge of tears

when I heard that President Kennedy had been shot and killed.

I ran from the kitchen to the pasture and

slumped down. My cries resounded as a death toll

in the shadow of an abandoned silo.

As her light dimmed to still night.

The cows scattered to the sound of a jet

Fading attachments to their caregiver,

Clinging to comfort with

Their refuge in bitter wind.

Though ripped from the branches

And swept away for flight

And beds for worms. 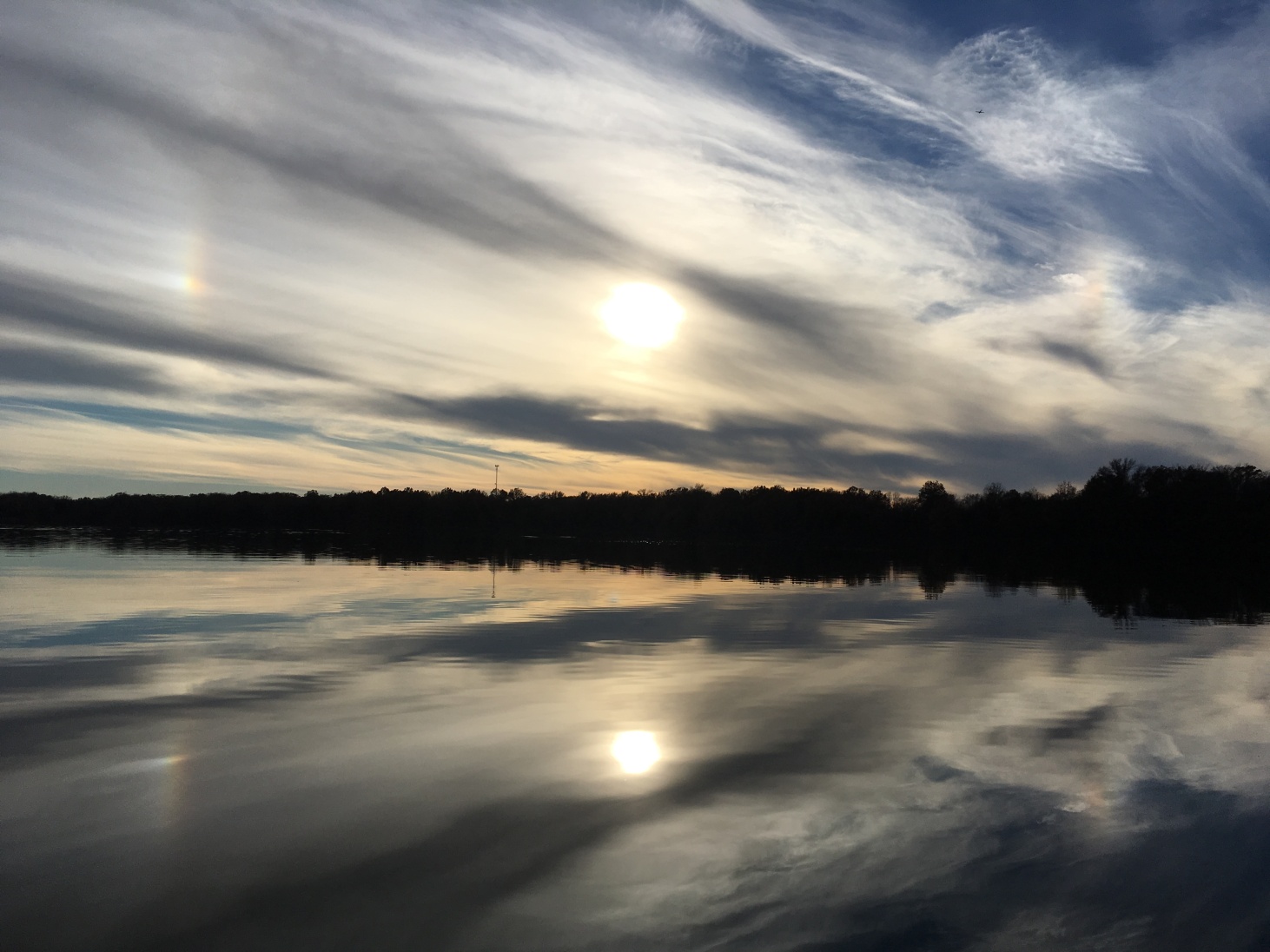 To take this walk on crisp leaves

As shade dissolves into moonlight,

Alone with feathers of snow

Sizzling in waves of storm

On the wild shore

The colors dim into food for forest.

I trample the earth into new stone,

With the will to live

By Your Power, Death

I shall not ridicule you, Death.

A vulture on prey,

You have plucked the last stale leaf

From the tree of age ended.

In your liquid waves of fire.

And your bleak mist on hazy hills

From which you built your vessel of doom.

I see the gull:

His body, dismantled and gray;

His wings, unsoaring and broken.

My heart lies crushed in the sand,

Where I weep unnoticed,

For I am the last to feel your kiss,

The last to enter your gate of cold iron.

By your power, Death,

I dare not ridicule you.

The Willow Am I

Some people live in the night

While owls of the morning sleep,

And small raindrops creep in the dusk

The Willow am I, punished by the hidden sun

That laughs on the edge of night

As I curse the screaming dawn

And burning dew of darkness

To find that subtle light

Embedded in my timeless searching.

How I panic at my failure

To touch its screen from within and without.

I will drown in its rain of sight renewed,

And my thirsty roots,

Blinded in the dark earth,

Shall drink of its golden liquid.