This is an older poem explaining the origin of the name of my blog. I found this name with one of those fun apps that came across my Facebook page. Though the method to discover this name was mundane, the name speaks volumes. Source is all. I decided to keep the name for my journaling.

Weaver is Source, who connects all things.
Strings and threads are cloth woven for wear.
Sunshine is Source, who reaches out rays
Like fingers to heat and heal,
To create Spring, spiritual connection,
To nurture Gaia,
To create rain as food,
To dream life,
To forge love
And evolve Source.
Extraordinary is this mystery.
All extends from Source as fingers of light
To nourish and thrive,
And as night falls awake so do all
Return to Source.

The Mirror of Fear

Fear is not an itsy bitsy spider or a snake.

It is in this mirror, so look inside.

See yourself as thoughts.

Thoughts can have claws

That grasp your eyes,

Forcing you to see

Only shadows and suspicions as Truth.

Fears can lay claim to you –

If you are in wakeful slumber –

And discolor the Light

Streaming from your eyes,

Unless you awaken to the knowing that

Fearful thoughts may birth a Monster,

Crawling into your Self,

That bind your heart to

Trap vermin, for at the very least,

Fear will make a feast of you.

Spiraling into smoke upwards from fire,

Splitting your House in half and

But Fear will claim you had set this blaze, not she,

For she is the Great Manipulator.

Fear is Ego, the Beast,

Fed by her friends who are

Complicit in heinous actions and betrayals of you

Regardless of color, station, or creed.

Though in words the Beast is the Richest,

The Biggest, the Best, the Most High.

Ego is deaf to all but to her own voice.

She clamors with empty notes of grandiosity,

She mesmerizes you into chanting her name, for

Ego loves her own soul and possibly

Those dressed in her image, for

Who else could she trust?

And if you see Ego’s crimes,

She is but the victim

Of your malpractice, right?

She projects her doings onto you.

You are unholy, not her.

Get It? You’re the loser.

You are the problem.

You are the disaster.

You are to be scorned.

You are to be defiled.

You are to be ridiculed

For exposing this Great Wonder.

Ego is kin of the Wicked Witch,

For being the Fairest in the Land.

Ego loves those she can trample or smear,

For you are but a minion in her eyes

And worthy of her ridicule and shame.

As long as she is able to diminish you,

No one will be The One, but Ego.

What can be forged by this Fear Beast

But a cold sweat?

There is no art in Fear,

Only incoherence in forms

As told by the choking tweets

Making a wedding of

Tangling lives into a bramble of thorns,

Drowning them under mushrooming thoughts

Unleashed by the despotic Sisters of Fear, for

They love your screams and pleas for salvation!

As long as you are in disharmony,

These ghouls have your soul.

Wake up to knowing.

Fear is Ego; Ego is Fear.

The antithesis of Love.

Ego bears her creed and

Her shield of ghouls masked as

Bowing Saints ready to do her bidding or

As the Winged Monkeys in Dorothy’s nightmare,

Flying forth from the tower to apprehend

So you have worse to fear

In this your shiny mirror

Than tiny spiders and snakes.

Oh What a Beautiful Day!

Oh what a beautiful day

To lie awake by

The Sea of Sorrows with

Wood of time as

Gulls dine on Light with

The Keeper of Words.

“Peace be with you.”

❤️Pass this along and add to it! Sign your name. ❤️

can cause others to curse you

and nature to smile

The abode on the lake

Has housed many souls

From my lineage and anew

And survived many fates.

Dad, Earle of the manor,

An only child, his own best friend,

Took to adventures on the sandy beach of Lake Michigan,

His playground for swimming and skating.

Nature can be a foe and muster legends, as

The winter snow almost ate him when

He stumbled into a hole and was buried up to the neck, no siblings for his rescue.

And another boy wearing Dad’s skates fell through the ice.

Our pilgrimages there to see the sages,

Our faces burned by whiskers

After Granddad arrived home from the bank.

He built the house; it was also a Harris.

Our tummies filled with cherry pie

At the little round kid table by the nook.

Grandma Hattie’s apron and her

Our games and play for hours

On the sandy beach with the sun bearing down

To make blisters so big that

The blisters would break open,

Soothed only by time and more cherry pie.

Lessons unlearned as we raced back to the shore.

We moved there with Mom, for Dad went away to school.

How she survived is a testament to her resolve

As the Handmaid, the Mother, and the Queen.

This was our adventure, owning the castle.

Feeding Mom’s jewelry down the heating vent, and

Spreading around a bag of flour before the guests arrived.

Once the house almost died

As lightning struck it while Mom was away,

Having trusted the house and nature

To guard the seven treasures.

The house was hungry in the winter

Fed by coal delivered to the creepy bin in the basement.

How the house shook like a mighty beast when fed,

Satiated and ready for slumber.

Once I found Mom by the furnace.

How she looked wed to the fire.

Her eyes were blazing as she stoked the coals

And turned to glare at me. Of course, I ran.

The Lake had receded, so that year,

We only had waves of grass as our shore.

But the garage still had Granddad’s tools as toys,

And we could still smell him there.

This house was Dad’s soul and anchor,

Our refuge on vacations,

Our residence in a life transition.

I still hang my curtains the same way now,

Though I really can’t linger there

As was shown in a dream.

I saw myself as a young girl on the shore,

Dad and his parents inside at the nook.

Follow us, they said, leading me to the water’s edge

Though I feared the water and dared not venture too deep,

I followed and we became as frogs

Twisting with the current and swimming on the lake bottom.

Out we came to new ground

And I was made to walk on hot coals.

How I blazed on this path,

Until reborn into the Now.

For the past is but a house of memories

And now the house that once held our souls has new occupants.

Image: Our House of Souls, which we had on Lake Michigan in Escanaba, Michigan

White leather sown with straps and beads,
Braids woven in feathers
Though fair skinned,
I am a Native maiden,
On my path winding inward.
The forest tangles
Yet opens its vines and limbs
As a cave mouth,
Where I enter, greeted by a wolf and a hawk,
Guides to an overlook.
Wolf at my side, the expanse opens up.
I fly with Hawk,
The wind drumming my face
To where the dance is,
The drums, the rattles.
Wolf and I dance.
As the Fire strokes my hair.
Drumming, chanting, whirling.
I whirl my arms skyward,
Embracing air. I am small,
For the twisting air makes night a shape,
Looming before me, it asks if
I am ready to die.
I stand bold, warding off Death.
Fair Maiden to the North,
South, East, and West, all directions.
Night Dragon breathes Fire,
But I ward off Death in the fumes.
All around the drums beating
In my heart, steady beats, strong.
I stand like granite.
I am the chanting, the dance.
The songs open to me
The words I need to know
As I emerge from the rage
Of Night, asking for my Soul,
Of which I have many,
One for every element.
The elders sing my divination,
Their faces lit by fire and stars.
The Night Beast withdraws,
Warded off by my Spirit,
There he rests, waiting
For another test of me, but
He’s really an Ally,
Guarding a contract
Written in parchment
By the Sea of Forgetting.
I am here to be reborn.
To awaken to Truth
And to lead others to their sacred gardens,
Where Fear makes their beasts
And where they greet Death
As a passage to their Spirit Name.
And emerge as warriors,
Gifted with arrows, feathers, and drums.

The Garden of Ashes

How nice you stopped by here

To sit among us.

See the walkway of stones

To this worn bench under the trees

Surrounded by shrubs in this garden of ashes.

We offer you this cool breeze

And this view of a grand city of granite

Sheltered by canopies of

How nice you stopped by!

We come just for the guests.

This isn’t our abode now.

We coax each other, yet

There are the stubborn.

They just need time to detach

From their marble statues and earthly beds.

Mischief can be trouble, and

Kids come looking for it.

How some carry on!

They hear stories of the shadows

That perform for the cameras,

We find it entertaining, but

Even if you bless the stones,

We only come for your visits.

Though battered and bruised,

Your soul pinched off

By lightening and storm,

In shackles of pain,

Your crown toppled over

By axes and saws,

Your bounty sheered away by winds,

Your roots chopped off

Life will find a way

To feed those roots,

May your Will find the way

Around the obstacles to your being.

May you be your tree of life.

This article has amazing pictures of trees that have survived great adversity.

There is no date of my passing

On this cold stone,

Only my one name.

Those were tough times

When etchings in granite

My name was a jewel

Captured from a life

Gone with the waves of time, as I.

I recall not my arrival or departure

For it’s been ages.

I have many names now

As I have come and gone

For each earthly visit,

We all leave a snippet of our soul,

Waiting for a kind voice

And once heard, we gather ourselves up

This is how it is.

Names are themselves souls.

So today I will gather myself up

For a new coming.

Thank you, my friend. 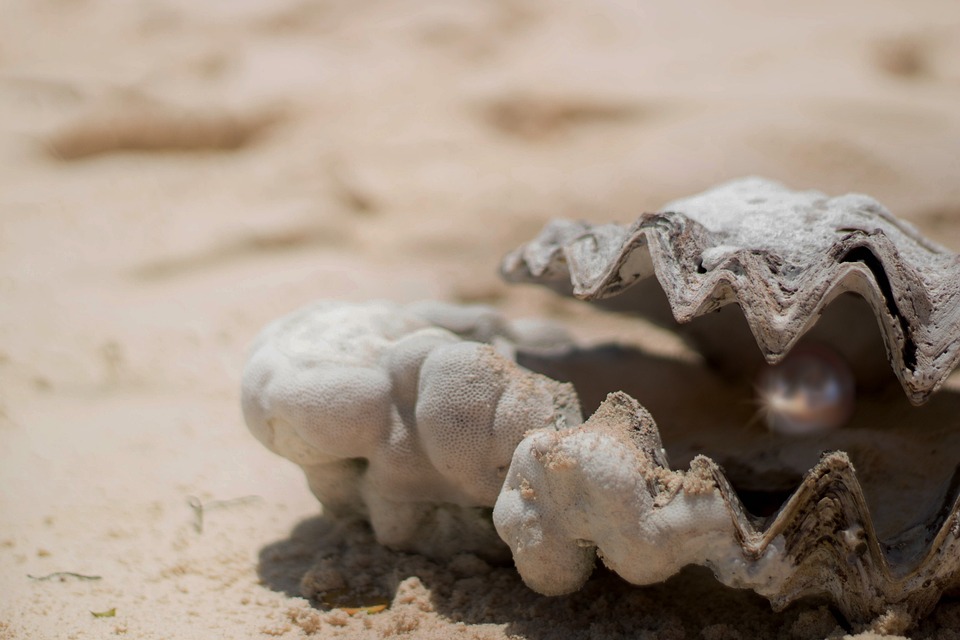